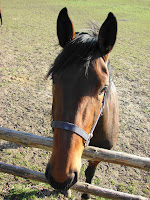 So as I stand here at the hitching post scratching my head, I come to the conclusion there is only one solution for a computer imbecile such as me; either I enlist the services of grandson Aidan to show me around the Internet, or I hire a professional marketer. Alas…woe is me.
Posted by Blue Sage Writers at 2:23 PM