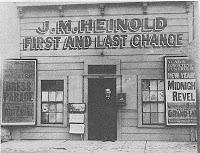 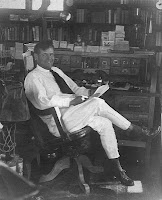 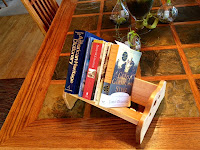 Posted by Blue Sage Writers at 9:44 AM 6 comments:

When Do Fiction Writers Become Actors?

In the past I have written about the many hats writers wear. Today I’m going to write about another of those hats—acting. When do fiction writers become actors? I believe it’s when they put that first word of their story into the word processor; then again when they read their work aloud. Acting, as I see it, has two sides. One side involves development of the characters; assuming their identity, taking on their characteristics, etc., which is what writers do when they create their characters. The other side of acting is performance, which is what writers do when they read their story aloud. Performance is bringing those characters to life, making them interesting and believable. It’s this performance side of acting—oral reading—I will focus on here.

To play on the words of Forrest Gump’s “momma”, oral readers are like a box of chocolates. They come in a variety of assortments. There is the fast monotone reader where all characters have the same voice, and he reads so fast, and with such little feeling or interpretation that it’s difficult to follow or understand the storyline the writer is trying to convey. Conversely, there is the slow monotone reader whose drone is slow enough to understand, but the characters’ dialogue, and the narrative prose, all have the same dull voice that puts the listener into a deep doze. Then there is the dramatic reader, who, when he wants to raise the story’s dramatic tension, raises volume.

Too often, I listen to writers who read their work aloud without injecting any feeling or interpretation. Many writers will create a very interesting and compelling story for their reading audience only to destroy that story when they [the writers] read it aloud to a listening audience, whether that audience be members of their critique group or attendees at a writers’ event. Interpretation is what performing is all about, and it can make or break a performance. In the field of music, for instance, it’s not enough that a musician plays his instrument correctly, hitting all the notes on the right pitch and with perfect timing, or that a singer sings on pitch; it’s the feeling, the interpretation they inject into their performance that creates excitement in their audience; or raises those goose bumps up the back of the neck. So it is with writers when they read aloud, it’s not enough to just read the words. They need to become performing actors.

Oral reading is just as important as writing when it comes to promoting our work. Writers are story tellers, a technique that is often slighted when they read aloud. There’s no need to overact like a Shakespearean stage actor, or a Stephen Douglas orator; just be natural. The late Paul Harvey is an example of the kind of natural I mean. Remember how he mesmerized us as we listened to his broadcasts? Although he was reading from prepared text, he made it sound as if he were speaking off the cuff; from the top of his head, if you will, as if he were telling a story. “Ah, but he had a natural gift,” some might say. Perhaps, but it wasn’t entirely because he was gifted. He worked to develop that skill; a skill everybody can learn. It’s a skill I believe writers need to develop; inflect subtle voice changes in all their characters. In other words, it’s back to interpretation. Liken it to auditioning for a part in a play or a movie. After all, writers are auditioning their work when they read it aloud to others, are they not?

Reading narrative prose is not to be slighted, either. The narrator is also a major character in any story. He/she is the teller of the story, and they deserve their own voice when writers read aloud, just as they had their own voice when the writer wrote the story. That prose, when reading aloud, should be made to sound as though the narrator is talking; not someone reading. I think back on all the movies I have watched where one of the characters did voice-over narration, and how compelling that narration was to the storyline of the movie. Spencer Tracy, Charlton Heston, Gregory Peck, and Humphrey Bogart, were masters at voice-overs, as were Ethyl Barrymore, Greer Garson, and Barbara Bel Geddes just to name a few.

Writers should rehearse reading their work aloud. Know that work like the back of their hand. Oral rehearsal will also uncover flaws that may go unnoticed with just silent reading. Being well prepared is the best medicine to head off anxiety and stage fright, thus enabling one to render a relaxed performance. By taking the time to properly prepare—remember interpretation is the key—I think writers will receive a much more meaningful critique from their fellow writers and the public.

Bill Corbett is a state and national award winning author of Buddy…His Trials and Treasures. He is a two time Associated Press award winning columnist, and the recipient of several state contest awards for his contributions as a free-lance writer for IDAHO magazine. He currently lives in Tucson, Arizona.

Posted by Blue Sage Writers at 9:07 AM 3 comments: