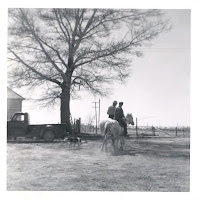 Linda is the award-winning author of thirteen novels. Several of her books have been translated into Norwegian, Swedish, Romanian, and Russian. She has won such awards as Idaho Writer of the Year, Affaire de Coeur's Reader's Choice Award, and Women Writing the West's Laura Award. She has worked as a secretary, a bank teller, a technical editor, and once even trained to be a beautician. Born and raised on a ranch, she has spent most of her life in Idaho. A mother and grandmother, she and her husband own and operate the ranch her grandfather homesteaded in 1915. You can see more about her books on her website.
Posted by Blue Sage Writers at 3:14 PM